In my ongoing quest to get Tablet-Mode working on my Hybrid machine, here’s how I’ve been living with it so far. My intent is to continue using Free Software for both use cases. My wishful thought is to use the same software under both use cases.

My wishful thought is that people write (free) software, thinking more about usability across toolkits and desktop environments. Otherwise, the year of the Linux , , in my opinion, is yet to come. And please don’t rip apart tools, in porting them to newer versions of the toolkits. When you rip a tool, you also rip all its QA, Bug Reporting and Testing, that was done over the years.

Here’s an example of a tool ( Goldendict ), so well written. Written in Qt, Running under GNOME, and serving over the Chromium interface. 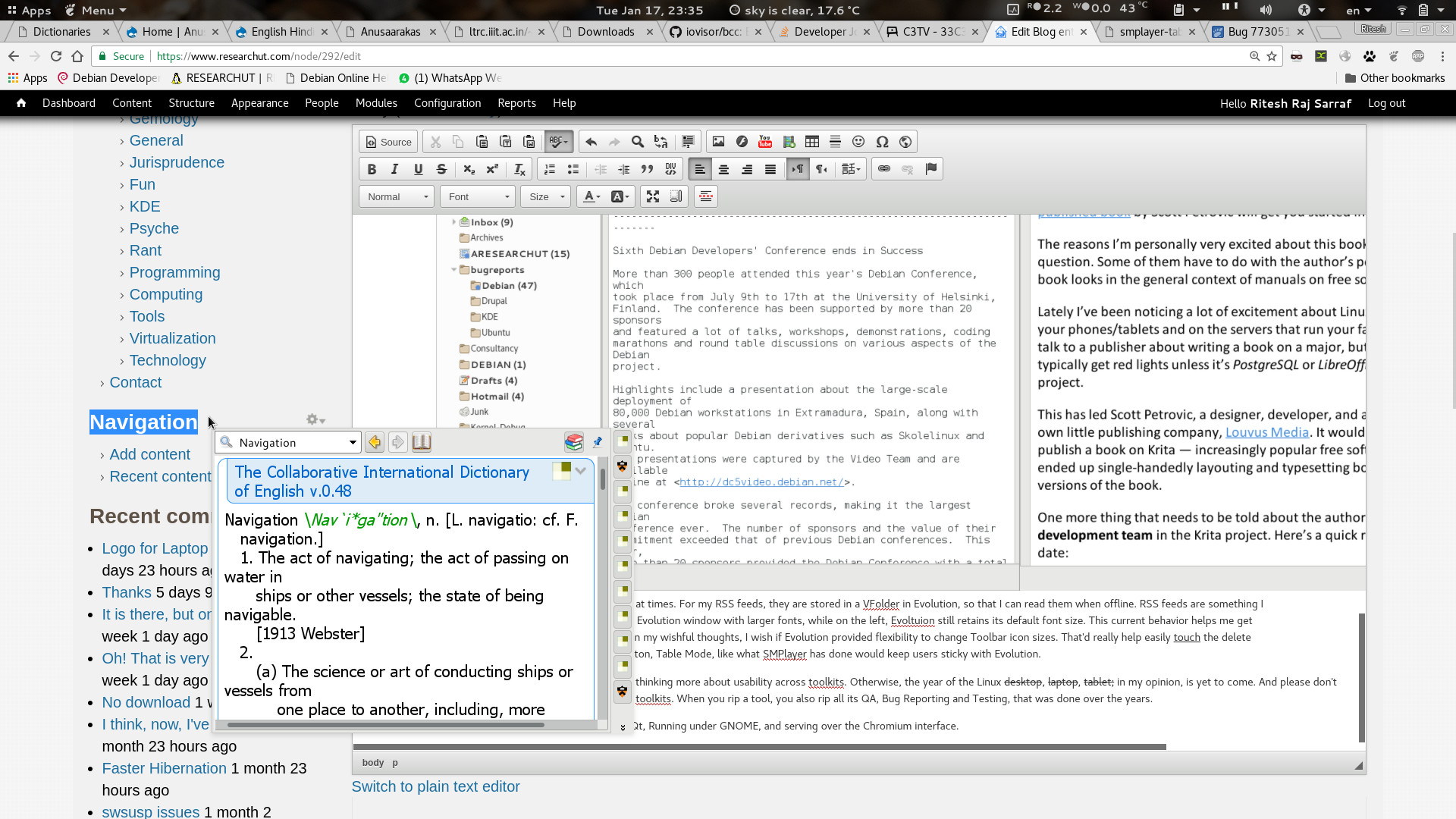 In this whole exercise of getting a hybrid working setup, I also came to realize that there does not seem to be a standardized interface, yet, to determine the current operating mode of a running hybrid machine. From what we explored so far, every product has its own way to doing it. Most hybrids come pre-installed and supported with Windows only. So, their mode detection logic seems to be proprietary too. In case anyone is awaer of a standard interface, please drop a note in the comments.