I very recently met someone, and we had a good productive discussion on the features and (long standing) bugs of the Linux kernel. No doubt, Linux is the most featureful kernel in the market. Is also a lot appealing given its breadth of platform support.

Of that discussion we had, it led about Linux’s behavior in tighter stressed scenarios where there is a lot of contention among the core subsystems. From the conversation, I got the feedback that perhaps the issue is no more valid. My conclusion was I must have missed out on the fix because I haven’t really spent any Engineering Lab time in recent past.

But a picture says a thousand words. And no, the issue is NOT fixed. And it is still simple to reproduce the bug. And it is just that we have faster advancements in underlying hardware, that we may eventually find it much harder to reproduce these bugs. 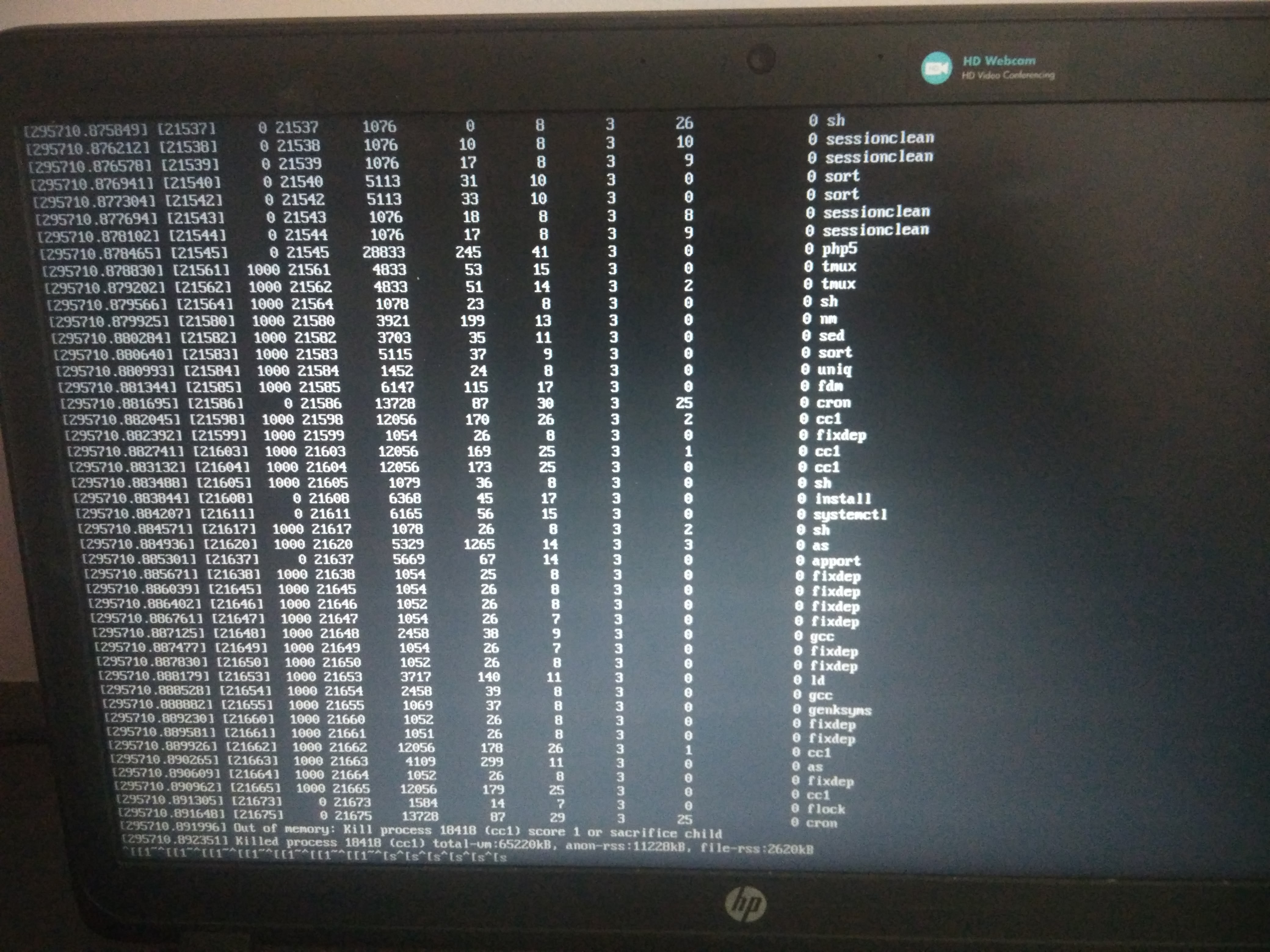 The kernel spitting the screen is Linux 4.4 Stock Debian.