I have been thinking of this topic for some time. I am a happy owner of the old Phat PS3 Model. At one time, I use to do a fair amount of gaming on my computers. So when Sony marketed the PlayStation 3 product, it was cool to see a machine that did:

I convinced myself to buy a PlayStation 3, that I’d use it for playing with Linux apart from gaming. The regular gaming did not excite any more, perhaps it had to do with the limitation of time. On running Debian on it, was when I realized that the Linux support was merely a joke. The Linux support included running a Linux distribution in a VM with not much access to the full hardware resources. Not a Great Experience

Soon, as many would be aware, Sony did the meanest thing. They pulled off the Linux support citing security concerns. To ensure further updates, most users were left with no choice but to update the firmware. This was Not A Good Thing as they had advertised the Linux feature during marketing of the product. Losing the Linux support made the PlayStation pile up more dust, as I am an occasional gamer.

But then came the good thing. Sony announced the PlayStation Move product, its answer to the Motion Gaming. This is the best thing they did and they did it good. The PS Move product was well priced and is an awesome product. The level of precision in the PS Move is told to be the best by most of the reviewers that I follow.

The Sports Champions demo came bundled with the PS Move kit. The disc houses 5 - 6 games on it of which Table Tennis, Sword Fight and Archery are very good. 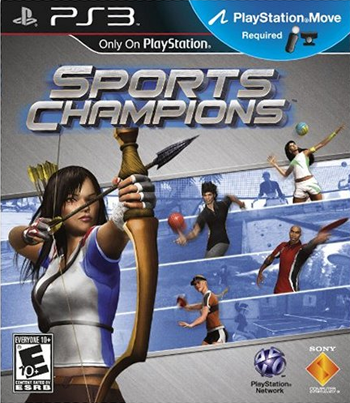 The good part about these games is that they start off with easy levels but eventually (the Champions Cup) get tougher. Playing the Champions Cup level is going to be both, Fun and Tiring. It is surprising that this game was given just a 7.5 rating, I think it deserves a 10/10 The folks at Zindagi Games did an awesome job.

The Fight started off with a different impression. First of all, Sony did not push a demo for this game on the PlayStation Network. Even with low ratings, I took the plunge to buy the game. The game was not responsive. It wouldn’t react to the moves I made physically and that’d lead to the opponent beating me. Game development rules are very simple: Don’t make a game which people can’t win, you’ll lose your gamers. Also don’t make a game which is just too easy to win, you’ll still lose your gamers. A good example is the Prince of Persia game. Was disappointed with The Fight until I read this well done review by Pace J Miller. 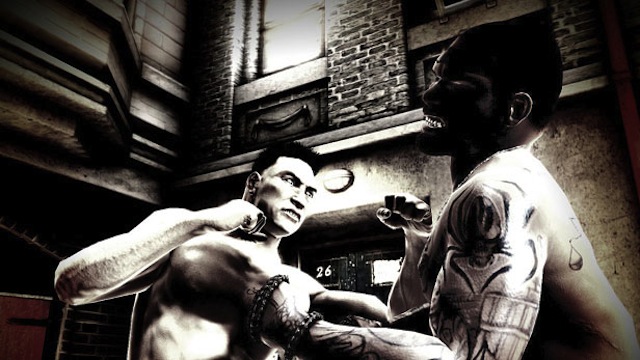 Both Sony and Coldwood Interactive did a bad job in marketing this game. I think Sony should pay Pace for doing the right review. The Fight is a good game. It expects the user to train in the system. A user cannot just walk-in into the game and start beating the opponents. The Fight forces the users to earn points (which can be used to improve health, stamina and fighting skills) before they can be a fighter fit enough for fighting the in-game opponents. Points are earned through sparring sessions and working out in the gym.

I am glad I bought The Fight. After reading Pace ’s review, I have been thoroughly enjoying this game. It is a great game and at the same time a very great way to get away from lethargy. Be prepared to sweat like hell when playing The Fight

Despite all the debacle Sony went through (1. pulling off the Linux support 2. PS3 Compromised 3. PSN Compromised), they still have the best product in the market for the Motion Gaming experience