Our kernel who art in the protected memory areas hallowed be thy interfaces (syscalls). thy init(8)/init(1M) come. thy will (memory protection and processes scheduling) be done on the userspace as it is done where thou reside. and give us our regular time quanta and forgive us our memory trespasses (violations) as we forgive to the meatware (and the software developers). and lead us not into a fault but deliver us from the SIGSEGV. [Read More]

This article is one among the many articles proving why geeks are the best men. There are many more available on the net to prove it. But for me, my time hasn’t tickled yet

So finally I got caught sleeping in the office besides my computer adjacent to the desk. Great days are these

Awake whole night doing work and taking subsequent naps in the day, especially in your cube at office is funny.
And yes, it also gets you good names like druggist, afimchi et cetera 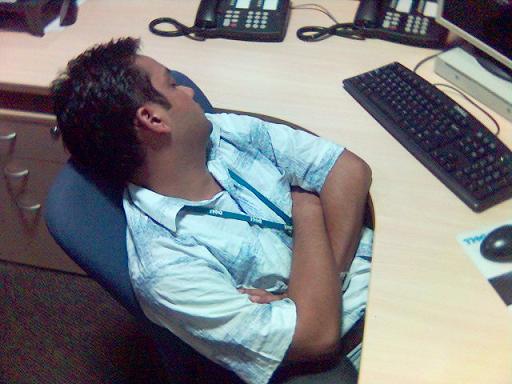 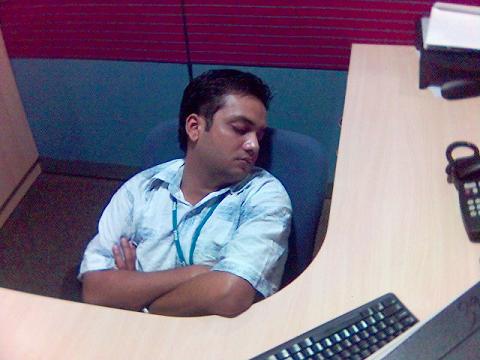 I wonder if Kalejee Daawat is something enjoyable only during the bachelor days. Indeed, now, being in my bachelor days, I enjoy Kalejee Daawat a lot with Ankit. Having a gulp of beer and then munching the spicy Kalejee in the mouth reminds me of the great taste of North India.

Heartly thanks to Ankit and Nirmal for there awesome company and knowledge of such exotic places in busy Bangalore.

Purchased a Sony DSC-M1 recently. Man, proprietary stuffs are real costly. The storage device alone (1 GB) costs $200. But in total the camera is good to have. It’s compact, 5.1 Megapixel lens and blah blah blah. For an ignorant photographer like me, having a smart digital camera helps capture moments in good pictures to save them for future. Learnings, if possible try going for commodity stuff which isn’t proprietary unless you have the passion of spending money on “Love at first sight at $omething”. [Read More]
sony  dsc m1