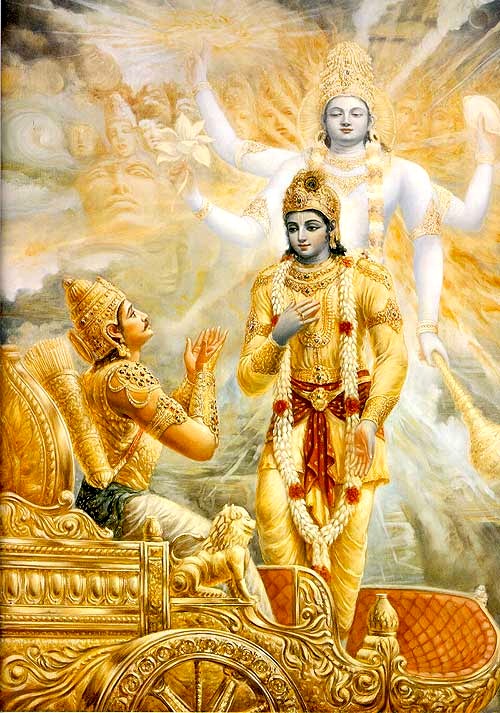 **Sri Krishna said - **“Whenever and wherever there is a decline in religious practice, O descendant of Bharata, and a predominant rise of irreligion–at that time I descend Myself.

Sri Krishna said - “In order to deliver the pious and to annihilate the miscreants, as well as to re-establish the principles of religion, I advent Myself millennium after millennium.”

Srimad Bhagavatam describes that Lord Kalki will appear in the home of the most eminent brahmana of Shambhala village, the great soul Vishnuyasha. Lord Kalki will grow up with lord Parshuram as his teacher, who will instruct Lord Kalki to perform a long penance onto Lord Shiva to receive celestial weaponry. Later he will mount his swift horse Devadatta ; sword in hand, he will travel over the earth exhibiting his eight mystic opulence’s and eight special qualities of Godhead. Displaying his unequalled effulgence and riding with great speed, he will kill by the millions those thieves who have dared dress as kings. After all the imposter kings have been killed, the residents of the cities and towns will feel the breezes carrying the most sacred fragrance of the sandalwood paste and other decorations of Lord Kalki, and their minds will thereby become transcendentally pure.

The incarnation of Lord Vishnu on Earth as Lord Kalki; the maintainer of religion, will also mark the beginning of Satya-Yuga (The age of truth), and human society will bring forth progeny in the mode of goodness.