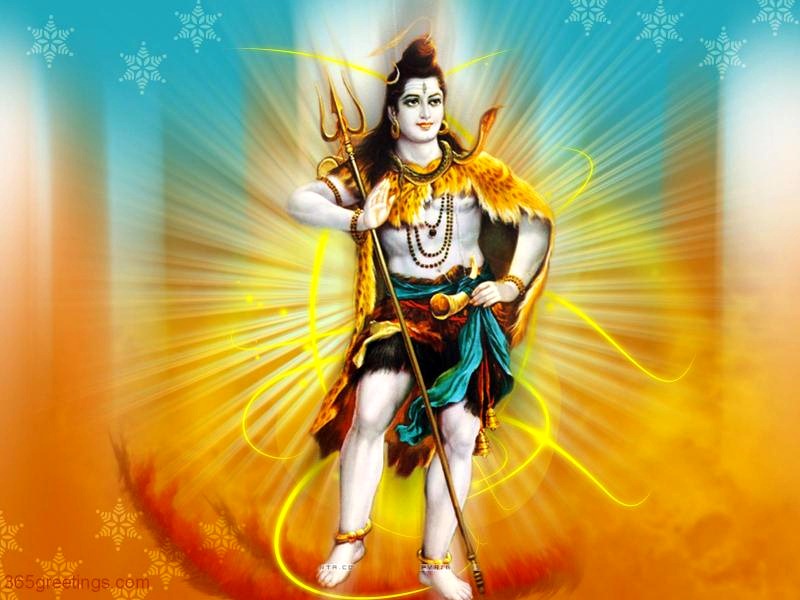 Lord Shiva is the mystery of all mysteries. Knowledge of Lord Shiva’s mysticism is neither within the scope of Lord Brahma nor in that of Lord Vishnu who created Lord Brahma. Only Lord Shiva knows his own mysticism in totality.

At the time of last doom everything drowned in a mega deluge. Day or night did not exist. The time froze. None of the five elements (Panchabhootas) survived or their compound products. An endless darkness engulfed all and a blind nature prevailed. The only survivor was Lord Shiva, a nameless reality, without any form or shape, eternal, immortal, beyond evolution, one full of peaceful happiness of divine tranquility, self-aglow and the soul of the light.

This absolute divine force inspired coming into existence of a symbolic figure to recreate the cosmos. The figure got the name ‘Sadashiva’ , i.e. Shiva Eternal. Coupling with him was his generative power - Shakti, the two inseparables like a ‘word’ and its ‘meaning’ are. Implied are they, in each other. 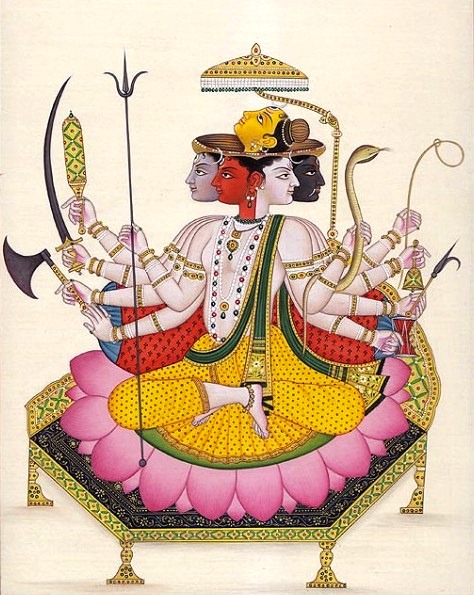 Five faced was Sadashiva while Shakti had one face. Lord Shiva really is Divine Luminant. He willed for a place to live with Shakti alias Sakaleshwari, namely Shiva-Domain, Kashi in an earlier creation. The two did not leave this place even during the doom. Then, the two thought of creating another divinity to delegate the responsibilities of certain and evolution. A rub of nectar on the left side produced a divinity of incredible beauty and attributes. All aglow was his body. He prayed to Lord Shiva to give him a name. Lord Shiva answered -‘Vishnu, the omnipresent’ and gave him the divine insight. At the command of Lord Shiva, the divinity named Lord Vishnu made penance for twelve celestial years. Streams of water jetted out of his body. The space was filled up with their vapours and all the sins and evils got washed away. In the sea formed in this process Lord Vishnu rested asleep tired of penance making. That earned him the name ‘Narayana’ literally meaning ‘Water asleep’. He generated the creative elements like nature and the five elements (Panchabhootas) after the three basic tendencies and ego. In all 24 elements were created. The sensory organs and functional parts of the body followed. Thus by grace of Lord Shiva, his willed one ‘Vishnu’ became the initiator of the new creation before going back to sleep by his grace.