Birth of Sandhya and Kama

Once Lord Brahma was holding his court when all of a sudden a beauteous female popped out of his heart followed by a young man of incredible handsomeness who had a bow and flower-head arrows in his quiver. The young man asked for some specific duty. The creator, impressed by his beauty told him to romantically charge all the creatures with flower arrows. Lord Brahma proclaimed that none, not even a deity shall escape his arrows. Kama was the name young man got formally but was also called Manmadha , the enchanter, because he bewitched every mind anywhere. 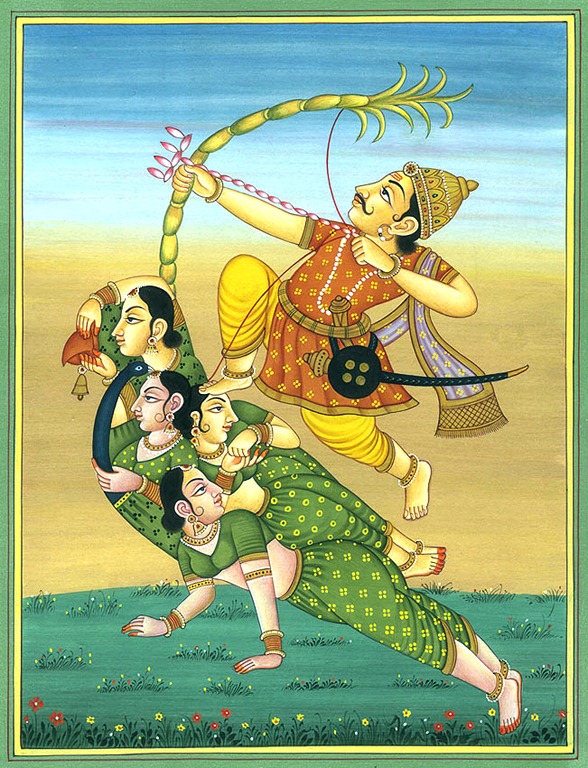 To celebrate his empowerment Kama shot his flower arrows and everyone there in Lord Brahma’s court became infatuated and lustily ogled at the pretty female who had preceded the young enchanter. The deity of righteousness (Dharma) did not like this shameful scene, He prayed to Lord Shiva. Meanwhile, Lord Brahma broke into sweat fearing rebuke from Lord Shiva. The sweat shed by him produced 64 pitriganas (progenitors) who come to be known as ' Agnisthomas'. 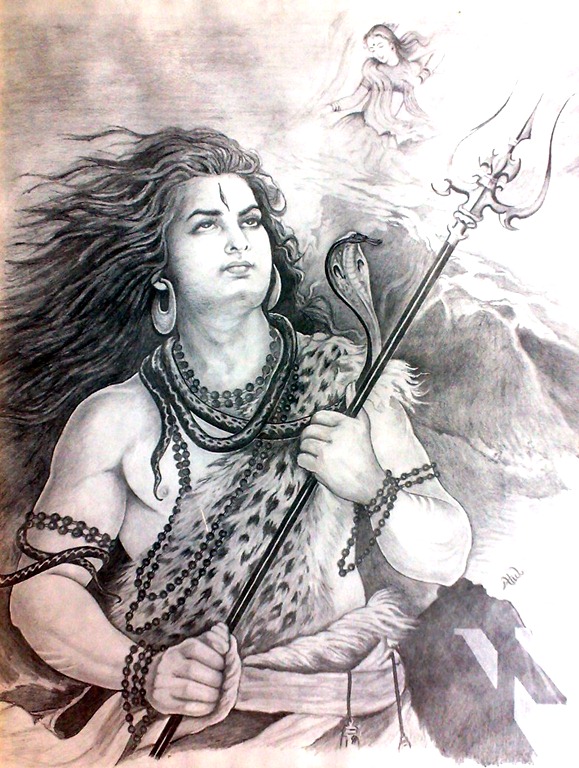 Lord Brahma felt humiliated at being upbraided by Lord Shiva and as Kama had caused that, he put a curse on latter to get burnt to ashes by the third eye of Lord Shiva. It shocked Kama.

Trembling in fear Kama prayed to creator that he had acted at Lord Brahma’s own command. He was merely doing his duty, he claimed. There was some merit in his claim but Lord Brahma reasoned that his empowerment as Kama was not meant to create scenes of eroticism or orgy. Some discipline, moderation and modesty was required. Although Lord Brahma admitted that the sexual urge could blind anyone. Softening up, Lord Brahma said that Lord Shiva himself would find a way to save him. As a divine coincidence, at the very same moment Daksha shed sweat which transformed into a damsel of incredible beauty and grace. Bewitching was she. Rati was her name, and at the very first sight Kama fell in love with her passionately. Their union was solemnised by the express will of Daksha and Lord Brahma.

Having sighted Lord Shiva at the very time of her origin, Sandhya was naturally motivated into making an intense penance to earn the grace of power supreme. She was blaming herself for arousing the passions of males including her brother (Kama) and father (Lord Brahma) in the court for that she had taken a vow to burn herself to death.

Meanwhile, Daksha had given all his 27 daughters to Chandradeva in marriage. They were all stars or constellations bearing the corresponding names like Revati, Ashwani, Rohini etc. Chandra loved Rohini more than the others. This discrimination was not liked by 26 others. They complained to Lord Brahma about it. Lord Brahma took them to Sandhya who was engaged in her own penance mission. At last Lord Shiva got propitiated and appeared to her and granted her three boons as spelled out by her - 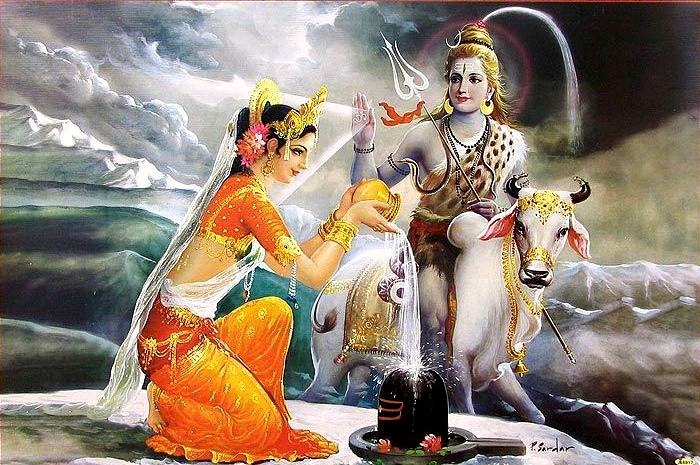 After gaining the boons, she bowed to Lord Shiva. He advised her to go to the bank of river Chandrabhaga where Sage Medhatidhi was holding a twelve year long yajna to lift the curse put on Chandradeva by Daksha for subjecting his daughters to injustice. In that holy fire Sandhya could offer her sacrifice and redeem her vow. She would gain the husband whoever she thought of before jumping, Lord Shiva revealed. By the grace of deity supreme she could do it remaining invisible. In the holy fire pit of Jyotisthomayajna , Sandhya jumped and out of flames emerged a girl having glowing body. Sage Medhatidhi adopted her as his daughter and gave her the name ' Arundhati'.

Later, she stayed with Guru Vashistha to gain the spiritual knowledge. She adored him and got his image imprinted on her heart. Arundhati made it known that she would accept only Vashistha as her husband. The sages, seers and Lord Brahma made their union possible. In this way, Arundhati got a saintly husband, she had prayed for to Lord Shiva. And she already was the greatest penance maker and sacrificing woman as she had wished in her boon.